Making maple syrup: All in a day’s work at Edgewood

For many people in New England, the beginning of winter thaw is something to celebrate. As snow boots are stored away and the first spring bulbs peek into the sunshine, the sap of the sugar maple trees begins to flow, heralding the beginning of maple syrup season.

While one might not expect a retirement community to make its own maple syrup, that’s exactly what they do at Edgewood Retirement Community in North Andover. Nestled amongst almost 300 acres of conservation land and nature preserve on the shores of Lake Cochichewick, Edgewood is a picturesque, Shaker-style enclave reminiscent of a quaint New England village. So it’s only fitting that this community, known for it’s farm-to-table dining philosophy and commitment to using locally sourced ingredients, would go right to the source to procure a sweet treat for residents.

It’s an annual tradition that began about 10 years ago. When conditions are right — usually in late February or early March — Edgewood culinary services director Lou D’Angelo taps 15 to 20 of the sugar maple trees on the community’s campus. The culinary team then begins the time-consuming process of filtering and boiling the sap to make fresh, pure maple syrup for residents to enjoy.

“The residents love it,” says D’Angelo. “We have expanded it a little bit each year so that now we make enough to serve at breakfast for a month or two and to use in dishes we serve such as maple-baked salmon and salad dressing. It’s fun for the residents to know that the syrup comes from our own trees. It reinforces our farm-to-table philosophy because we’re utilizing our own property.”
The staff’s extra effort resonates with Edgewood’s residents, and it’s a labor of love they can taste — whether on a hot stack of fluffy pancakes or in one of the many creative and inventive dishes served in the dining rooms. In a video the community recently produced to showcase its maple syrup-making, one resident noted: “It takes me to a place of comfort, a place of home. In some ways it reminds me of my childhood.” The video also shares information about maple syrup’s new status as a “superfood” and its recently discovered health benefits. 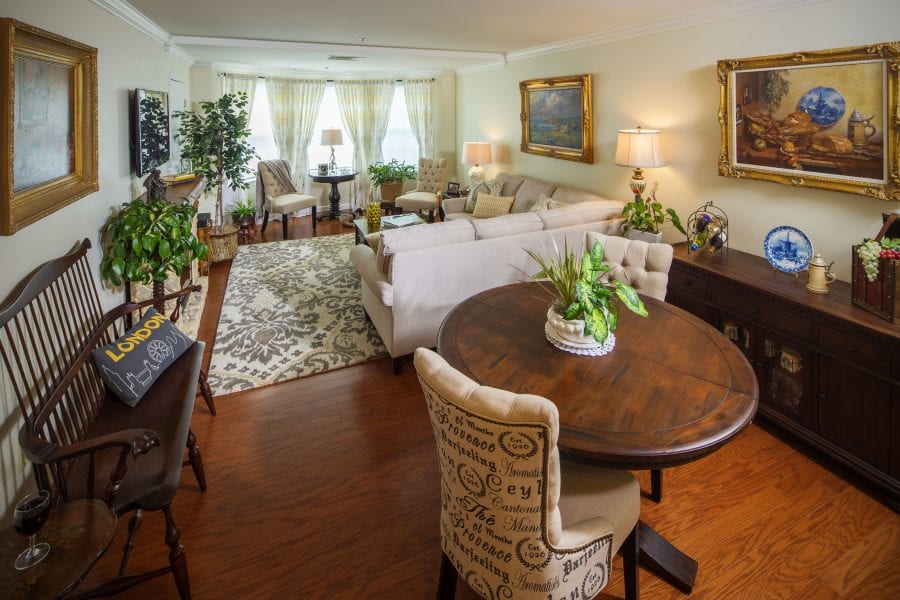 Edgewood Retirement Community is closely monitoring the outbreak of the Coronavirus (COVID-19). Read our statement and updated visitor guidelines here.