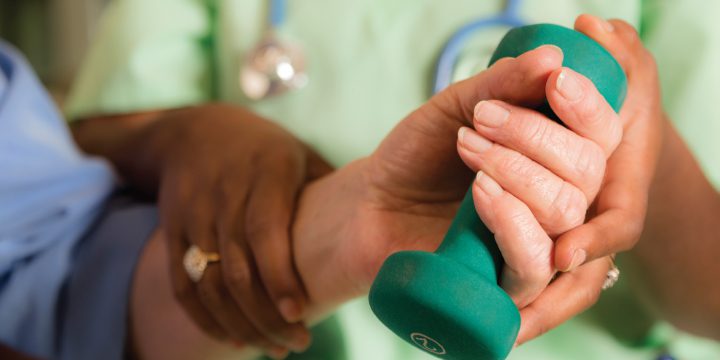 When John P. and his wife decided to move to Edgewood, they were looking forward to being closer to family members and enjoying the carefree lifestyle Edgewood offers. They were also happy to know Edgewood’s LifeCare structure meant health care would be available if needed. But what they didn’t anticipate was just how soon that day might come.

“About a month after we moved into Edgewood, my wife was not feeling well and became concerned,” says John. “I was out of town, but she used the pull-cord in our apartment home and ended up being taken to the emergency room. I returned that night and, thankfully, she was quickly released from the hospital. But just a couple days later, while in physical therapy at The Meadows Health Center at Edgewood, she suddenly became unable to speak and was rushed back to the hospital.

“The next day,” he continues, “I received a call from Lily at The Meadows letting me know my wife was scheduled to be released from the hospital the following morning. Lily told me The Meadows staff had made all the arrangements and had a room ready for my wife. I didn’t have to do anything.

“Over the course of the next three weeks, my wife was admitted to the hospital four more times. Each time she was released to The Meadows and each time the staff at The Meadows made all the arrangements and gave her excellent care. She’s now back with me in our apartment and doing much better.”

While their early interaction with the healthcare professionals at Edgewood was unexpected, John says he’s happy they were here. “All the reasons we moved to Edgewood — but hoped not to need for 10 or 15 years — happened in the third or fourth week and everything worked exactly as we had hoped,” he says. “When there was a health problem, the nursing staff was on top of it and said, ‘We’ve got you covered.’

“Since then, I’ve spoken with several other residents who had similar experiences and all say, ‘Thank God we made the move when we did,’ and ‘Everything worked the way we wanted it to.’”

To learn more about LifeCare at Edgewood and how it can give you peace of mind now and for the future, call 978-725-3300.